I'm officially a Google Certified Trainer! ... of Pokemon that is!

If you remember, a while back I posted about Google's Pokemon April Fool's joke. They launched an update of Google Maps that included numerous Pokemon for you to find. If you found 150 different ones and/or found Mew, you could tweet them for a prize. The whole ordeal was drug out over probably close to six weeks from the launch date (March 31) and many people have given up hope. Eventually through /r/googlepokemon, I found that they were providing a form to fill out if you caught all 150/151. It included personal information and where you caught Mew. I filled it out and forgot about it. Occasionally, I would pop in to the subreddit, but nothing was there but disappointment. That all changed today! got this neat little package in the mail this morning with a note from Google and ten business cards. Unfortunately, this probably won't help me on my journey to become actually Google Certified for GAFE, but that's okay. I'll take it one step at a time. Knowing me, I'll probably put this on my resume when I apply for GAFE certification :) 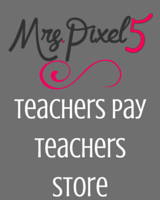